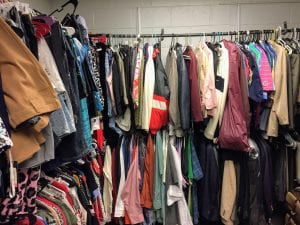 Jesse and his school are doing a contest to see which class can collect the most clothes for a local homeless shelter. Today is the day where the principal is going to announce who won. At 2:15, right before school got out, the principal called everyone into the gymnasium. Everyone sat down on the bleachers with their friends, and they were all excited to see who won the contest. The principal came out and told everyone,

“And the winner is…Mrs. Robert’s class!”

Jesse’s class won, even though they didn’t win the rest of the school had a fun day too.